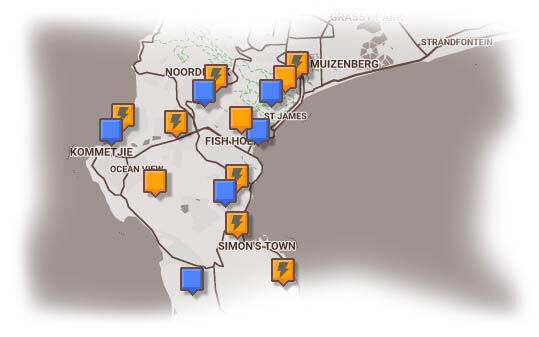 The truly unique nature of Hout Bay has seen it dubbed ‘The Republic of Hout Bay’ by locals. It’s an authentic seaside town about 20 kilometres from Cape Town, and is named after the forest that once dominated this coast. This cultural hub exudes a seaside flavour with the harbour allowing for a thriving seafood industry. Hout Bay is also home to Africa’s largest bird park – the World of Birds. Take the family for a tweeting, chirping experience where they will be immersed in a world of colour created by some 3 000 birds spanning 400 species. The bird park has more than 100 inter-aviary walks and there are various bird feeding times.

One of the region’s most iconic areas is Chapman’s Peak Drive – or ‘Chappies’ as it’s known by locals and the many Argus cyclists. This nine-kilometre stretch of road extends from Hout Bay to Noordhoek, cruising along the rocky coastline with some pretty sheer drops down to the Atlantic Ocean below – with the 593-metre Chapman’s Peak located above. Recognisable from numerous car advertisements, Chapman’s Peak Drive is worth a drive, and there are several viewpoints for picture opportunities.

Along this route is the famous Chapman’s Peak Hotel, an establishment drenched in more than a century’s worth of stories, with spectacular views overlooking the bay, beach and valley. As a true landmark of the Cape, it’s a great place to stop in, have a drink outside, or get warm by the fire on a chilly winter’s day.

At the foot of Chapman’s Peak, ensconced by Table Mountain National Park, is the quaint village of Noordhoek. The area has a truly rustic feel and you might happen upon any number of farmyard animals – peafowl, geese, ducks and rabbits – roaming among the public open spaces, while overhead you could catch site of the Black Eagle or Fish Eagle. There are a range of artisanal shops with great eateries enjoying a more mellow pace.

The colour of the South Peninsula extends into Muizenberg where you will find the real-life huts you’ve spotted on so many postcards. The Muizenberg Beach Huts, also known as beach or bathing boxes, provide a splendid backdrop for any photo. Historically a space for women to ‘hide their decency’ when changing for the beach, the huts are now more of an iconic, sentimental aspect to this surf town. Another popular holiday spot for families is Fish Hoek. Also offering a variety of water sports’ activities, this seaside town boasts some cultural enlightenment in the form of the Fish Hoek Valley Museum, containing significant discoveries of former Stone Age inhabitants.

The views abound along the False Bay coastline as you enter the retail and dining hub of Kalk Bay – named for its supplies of limestone. Visit the Casia Labia, a 1929-built national monument built to emulate 18th Century Venice. The iconic Kalk Bay lighthouse, located at the fishing harbour, marks the heart of this fishing village. The beauty of this region has inspired artists globally and these works can be viewed in the Kalk Bay Modern Gallery. Take some time out from sightseeing by stopping in at the famous Brass Bell where you can grab a drink at The Cabin Bar, chat to some locals and enjoy the view.

And make sure to spend some time at Simon’s Town – one of the country’s oldest towns - situated just 35 kilometres from the CBD. Rich in maritime history, Jubilee Square, a vibrant marketplace, forms the heart of this naval town. A must-see is the charismatic African Penguin colony residing at Boulder’s Beach. Stop in at the Simon’s Town Museum and pay respects to Great Dane Just Nuisance at his statue in Jubilee Square.
View Town List
Shows all the towns with accommodation
View $elect Stays List
Shows listings offering a 15% discount to members 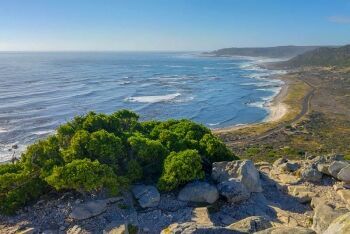 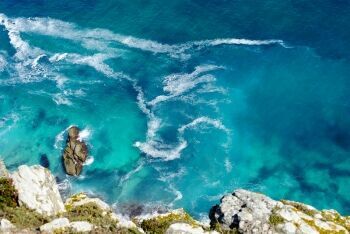 © claywhipkey (License)
Atlantic Ocean colours at Cape Point which is situated within the Table Mountain National Park, within a section of the park referred to as Cape of Good Hope 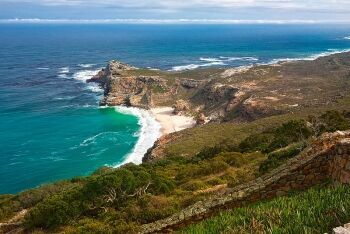 © Nicolas Raymond (License)
Cape Point is a promontory at the southeast corner of the Cape Peninsula, which is a mountainous and scenic landform that runs north-south for about thirty kilometres at the extreme southwestern tip of the African continent 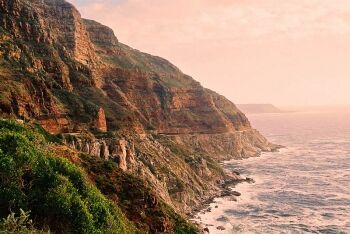 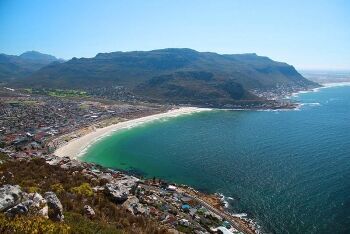 © Derek Keats (License)
Fish Hoek from Elsie's Peak, with Kalk Bay in the distance, and St James beyond that 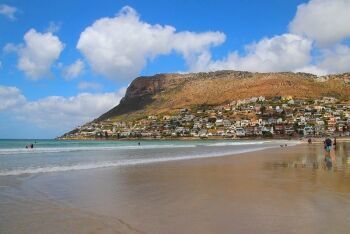 © Kno-Biesdorf (License)
The beach at Fish Hoek, with Elsie's Peak in the background 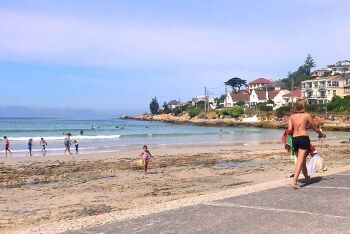 © ixmatex wu (License)
The beach at Fish Hoek. Swimming is allowed along the entire beach with lifesavers on duty during the summer peak season, and body surfing, boogie boarding, wind surfing and kayaking are popular. 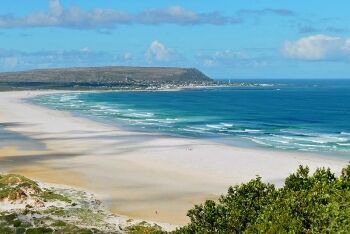 © Bernard DUPONT (License)
The beach at Noordhoek, with Kommetjie in the distance